Our last day of Robb's birthday weekend started at Voodoo Doughnuts. This doughnut shop has been featured on a couple of Food Network shows and we were VERY excited to try it out. The line for doughnuts was out the door and was a good 30 minute wait. When we finally got inside we were overwhelmed by all the choices. We chose 4 massive doughnuts for just the two of us to share in the car on our way out of town: Triple Chocolate Penetration (chocolate doughnut with chocolate icing and topped with cocoa puffs), Memphis Mafia (banana fritter topped with chocolate and peanut butter icing, chopped peanuts, and chocolate chips), Old Dirty Bastard (glazed doughnut with chocolate and peanut butter icing, topped with crushed oreos), and the Bacon Maple Bar (maple frosted doughnut topped with slices of real bacon.) Now I thought the Bacon Maple Bar would be disgusting, but I must admit that it may be the best doughnut ever made. Robb and I have never had better doughnuts. We love Voodoo Doughnuts! 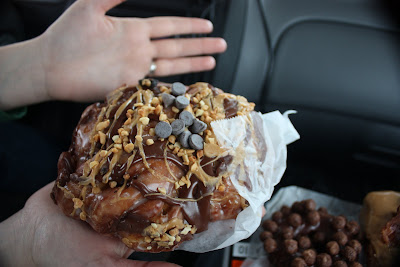 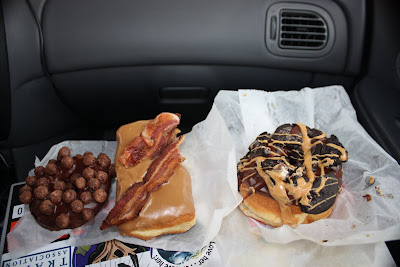 We headed towards the Pacific Coast and the tourist town of Cannon Beach. Our ultimate destination was the Haystack Rock, but we stopped first at Ecola State Park. This park had a few hiking trails and phenomenal views of the Pacific. It was the first time Robb had seen the Pacific Ocean and it was super impressive. The weather was cooperating so we could see Tillamook Light House about a mile away in the middle of the ocean. We walked around quite a bit to get the best views and pictures we could. Next we drove down to town and the beach. We walked along Cannon Beach to see Haystack Rock. This sea stack is one of the most famous monoliths in the Pacific Northwest. 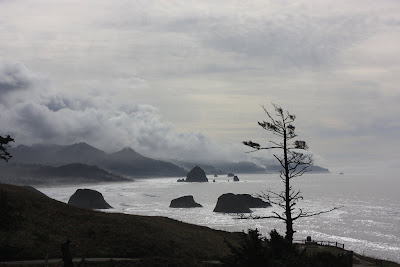 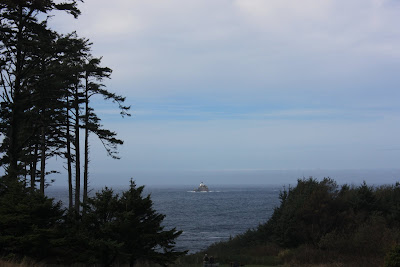 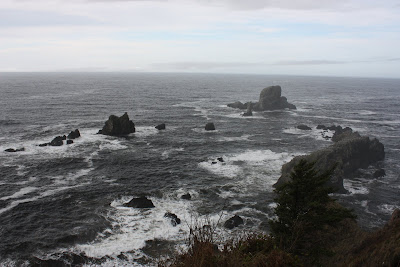 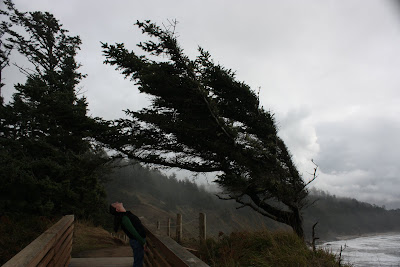 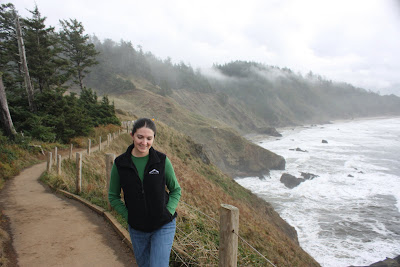 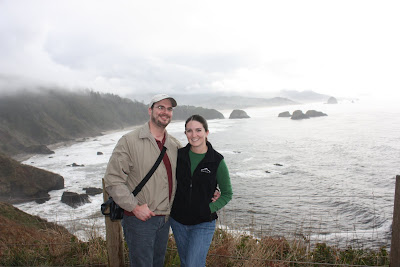 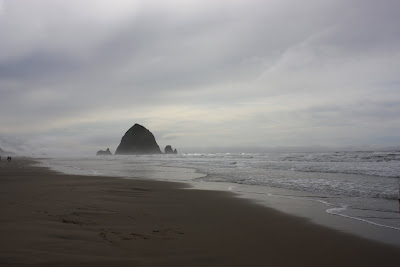 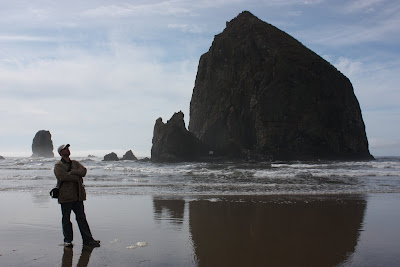 We thought about eating lunch in Cannon Beach, but the tourist fare didn't impress us and we were still full from our doughnuts. We decided to drive on to Astoria, Oregon. This town is famous for the movie The Goonies. The film was set in this town and we made sure to drive around to see the jail and the house from the movie. We also went to the Astoria Tower, a tall tower at the highest point in town, to climb up and see the views of the Columbia River and the surrounding countryside. The view was exceptional. The only way to get home from Astoria was on Highway 101, which is really beautiful during the day, but at night and in fog was quite scary to drive on. Luckily we managed to make it home so Robb's 30th year could continue. All in all, a fantastic weekend to celebrate Robb's big milestone birthday! 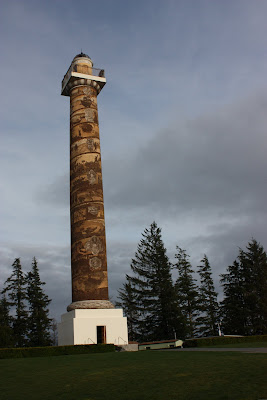 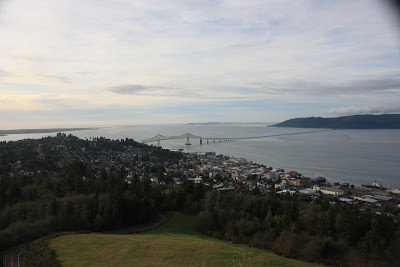 Saturday, October 17th was Robb's actual birthday. Robb was intent on going to Gravy, a diner that he had read great things about. The wait for a table was about 30 minutes, but our brunch was really quite incredible. Robb had country fried steak that was incredible. I'm not big on southern breakfasts, but man that was an awesome country fried steak. After brunch we headed back to Rogue so we could sample some more beer and I had the most amazing pumpkin ale I think I've ever had. 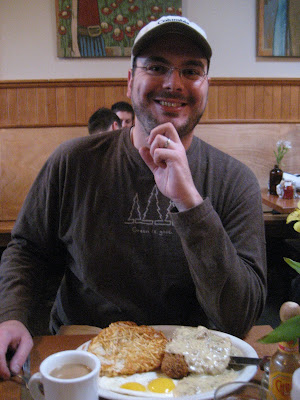 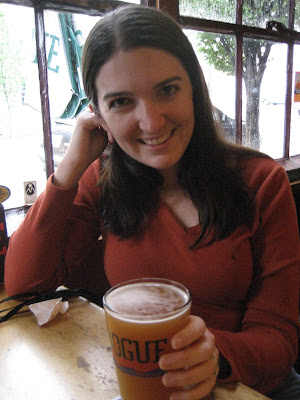 After our beers, we headed to an open air market along the river in the Old Town district. This market was huge, taking up several blocks, and had independent booths, performers, and food. We bought two cupcakes from an independent seller to save for later, in lieu of traditional birthday cakes. I'd never had a sweet potato cupcake before, but it was just about the most amazing cupcake I've ever had. 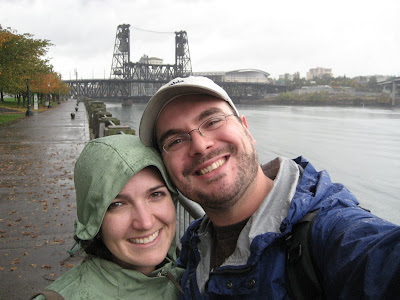 We had our fill of walking around in the rain and made our way to the Pittock Mansion. By the time we got there the sun was shining again and the fall leaves were glorious. This historic mansion is built on a 43 acre hilltop that overlooks Portland. We took a guided tour and learned a lot about the mansion, the Pittock family, and Portland. The views from both inside and outside the mansion were incredible. If you ever go to Portland, I think the Pittock Mansion should definitely be on your to-do list. 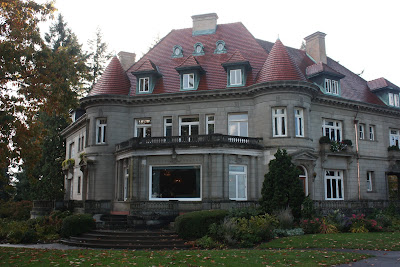 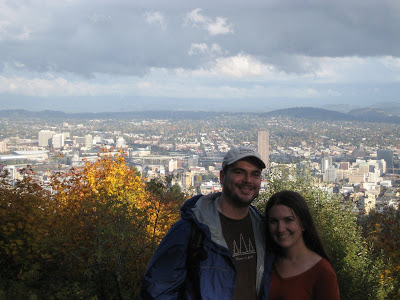 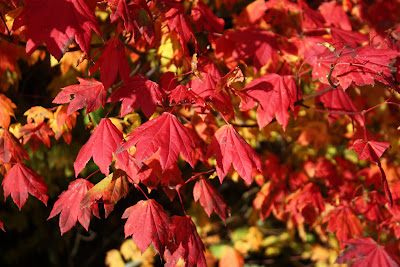 We went back to Nob Hill for the rest of the evening, sampling and buying cheese from Steve's Cheese and checked out a gourmet grocery store, Zupan. We ate dinner at a Typhoon, which actually has locations in the Seattle area (didn't know it when we picked it, we just thought it looked like a good Thai restaurant). I had a very boring soup, but Robb's pumpkin curry dish was phenomenal. I'm glad that on Robb's birthday he ended up ordering the best food of the day! 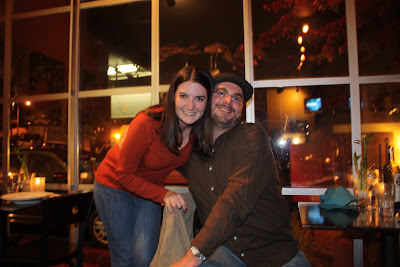 Posted by Katherine at 7:34 PM No comments:

Robb turned 30 in October. We decided to celebrate by taking a long weekend to visit Oregon. We spent Friday and Saturday in Portland and on Sunday we made our way to Cannon Beach and Astoria. 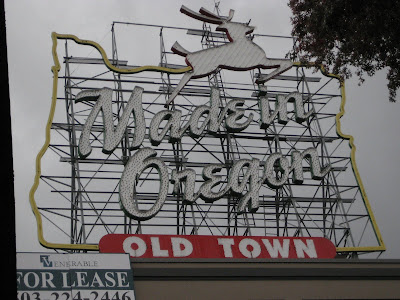 As soon as we got to Portland we headed straight for the Rogue Distillery and Public House. Rogue Brewery makes Robb's favorite beer - Rogue Dead Guy Ale. The actual brewery, while in Oregon, is no where near Portland. But the distillery, where they make three liquors, is in Portland. We first ate yummy lunch (think bar and grill food, with a twist - most food is made with some of their many beers.) Then we took a tour of the distillery. I really learned a lot about how liquor is made. And, I just love how they make their gin! Gin is made using spruce needles. Well, you might wonder how this small distillery collects their spruce needles. Apparently they engage the use of a local boy scout troop to collect spruce needles. Rogue gets their spruce needles for free and the boy scouts get their foraging badge. I think there's something so poetic about using boy scouts to make alcohol. 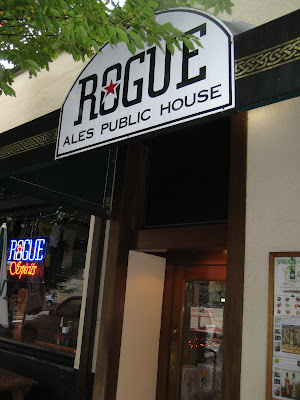 After Rogue, we decided to walk around the Pearl District, meander in and out of stores, and then go through Powell's Books. If you're a book-lover, you may have heard of this book store. It may just be one of the biggest bookstores in the world and includes new and used books. You could spend hours in there, and it is absolutely, positively, overwhelming. We then stopped at Deschutes Brewery to try a flight of beers. Finally we made our way to Nob Hill, which is another cute little shopping/walking district and where our hotel was. We checked into the hotel and walked around Nob Hill. We stopped for dinner at a bland burrito place and then found ourselves in a McMennimans. This is a local brewery/chain, and this bar happened to have a billiards table. Robb and I don't really play billiards, but we had a lot of fun trying! 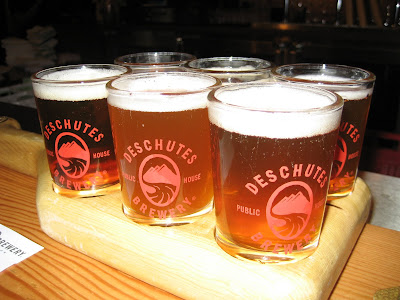 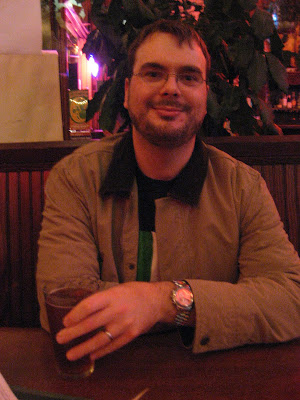 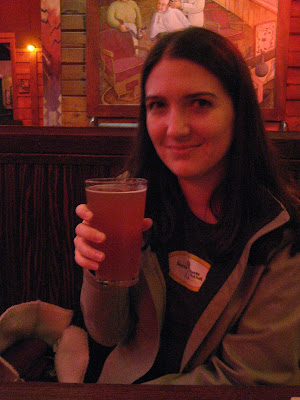 Posted by Katherine at 7:43 PM No comments:

I didn't realize it, but I needed a break from blogging. I'm just sorry I abandoned it for so long without a word. I hope I haven't lost all my readers. This blog is supposed to be a fun way for me to share my adventures in the Pacific Northwest. But for some reason every time something blog-worthy has happened to me in the past few months, I've dreaded blogging about it. It takes a fair amount of work to upload the pictures in the proper order, and the thought some days of posting all the pictures I want to is just exhausting. But I'm ready to start again. It's a new year and a time for renewal.
Before I get into the fun stuff, here's the basic update on everyday life. I started working again at Panera. I randomly ran into my old boss in September and he asked if I would come back to Panera, working once a week. I decided that I might as well. As I've said before, it's a pretty easy job. It's a nice way to make a little extra money. And, with Robb working most weekends, it's not like I have anything else to do with my time. Plus, they're being pretty flexible with my schedule, so if I have something else to do on a Saturday morning, I can change my work-day to Sunday. So I'm back to working 6 days a week. Might as well do it when I'm young, have the time, and have the energy.
We found out in November that the grocery store that Robb works at would be closing at the end of December. The company promised to transfer everyone to another store in Seattle, Kirkland, or Tacoma. So starting in January Robb started commuting to Seattle. It has been quite the difference, commuting 0.3 miles versus a 20+ mile commute in traffic. While his position and pay is technically the same, he has to pay quite a bit for gas and a parking pass now. Also, these first few weeks at the new store he's not managing as much as he'd like. He has to learn how the new store operates, which means he's had several shifts that have started at 5:00 am. My dear husband is NOT a morning person. And he's definitely not a morning person when he has to get up before 4:00 am just so he can commute to work. So he's still in an adjustment phase with the whole work and commuting thing. It's odd, in 2009 both of us lost our jobs because of the economy, but we were both lucky enough to be employed with the same organizations, just in slightly different roles. While we may not be happy with the changes, we're grateful to be employed.
I'm still running quite a bit. I have to decide on my next big race. I'm thinking about doing another half-marathon in the early summer. And I'm gearing up mentally to train for my first marathon in October. I always promised myself I would never run a marathon. But now that I've run a half-marathon, a full 26.2 miles doesn't seem that daunting. I've become one of those crazy runner people; I've even become the president of my running club. I don't know what happened to the girl who used to hate running and celebrated running just 2 miles.
Robb has been working out quite a bit too. For his birthday he wanted a gym membership, and I decided to go ahead and get that for him. So he goes to the gym usually 4-5 times a week for several hours. He wants to continue running, but has had a little difficulty. He was finally diagnosed with a torn meniscus. The guess is that the injury occurred in elementary school, but it is now causing him pain in his knee when he runs. While he doesn't technically need the surgery, in order for him to be able to run long-term, he will need the surgery. So we may be scheduling a surgery later this year. As far as the rest of his health is concerned (you know, that whole thyroid cancer diagnosis thing), he's doing pretty well. They're still trying to find a right dosage for his thyroid replacement medication. So he still has occasional blood tests, but otherwise is doing well.
So that's the latest. I'm hoping in the next couple of weeks to get completely caught up since October. Be on the lookout for posts about Robb's 30th birthday and our visit to Oregon, my family coming to visit for the Thanksgiving holiday, and our low-key Christmas. 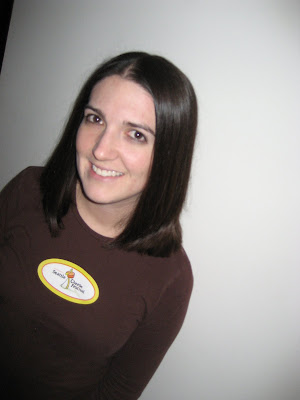 I'm back, with a shorter haircut again!

Katherine
My husband and I moved to Washington State without knowing a single person, without jobs, and without even having visited the area before because we were convinced we would love Puget Sound. It looks like we made the right decision. This forum tracks our exploration of the Pacific Northwest; we love it here and want to share our adventures with family, friends, and even strangers who stumble across this little blog!